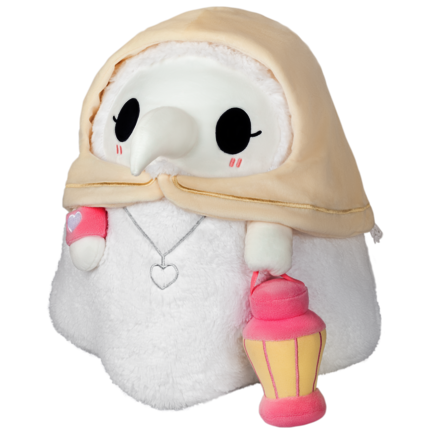 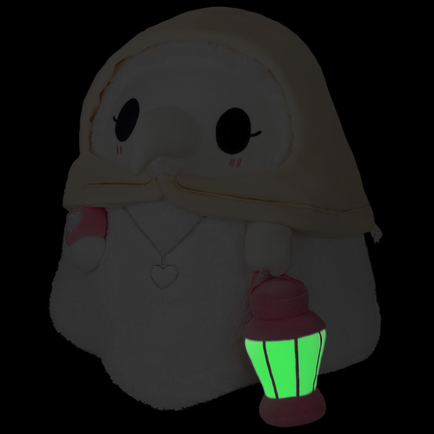 We all need a partner. Sherlock has his Watson, Robin Hood has his Little John. The Plague Doctor has the Plague Nurse. If you were about to do medieval battle against infectious miasmas armed with only a lantern, a rudimentary concept of personal hygiene, and a beak full of smelly herbs and flowers, you'd want a second-in-command who's got your back. And your front. And whatever other body parts you're worried about, which is probably all of them.
This Plague Nurse was designed by fan request as a counterpart for our Plague Doctor Squishable. We also have 7" versions of the Plague Nurse and Plague Doctor . The side of the lantern has been swapped so the two can hold hands. Rest assured, they would only do so after washing those hands extensively.

Please be aware, there may be some variation in the glow-in-the-dark color of the lantern! 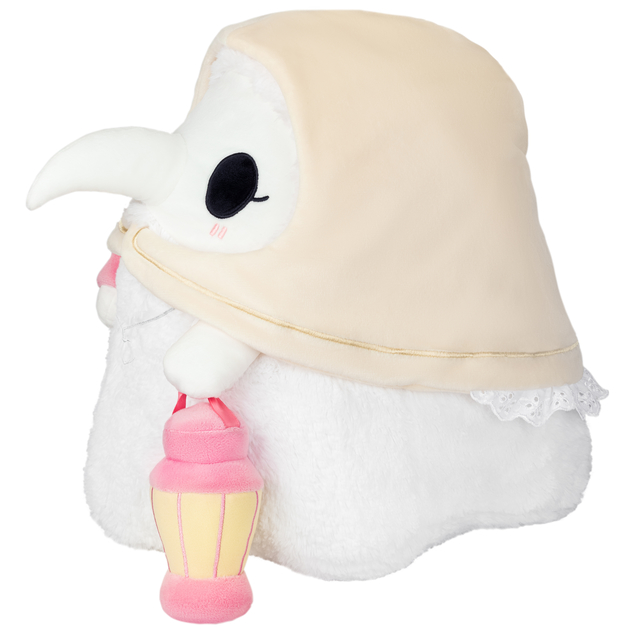 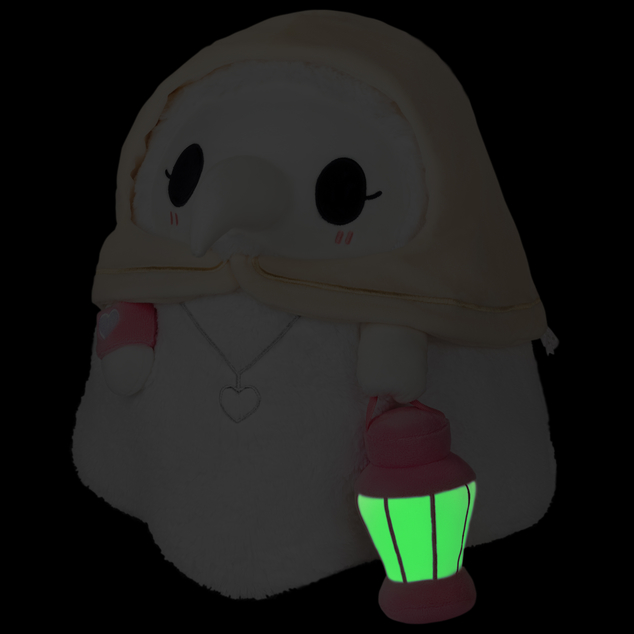